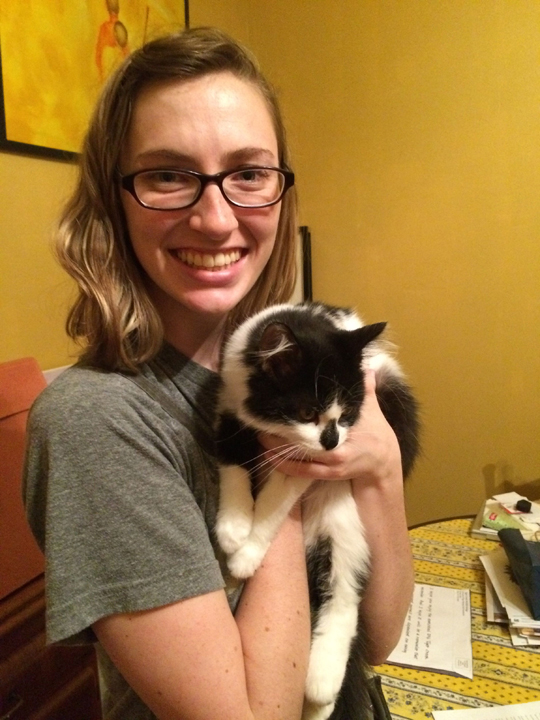 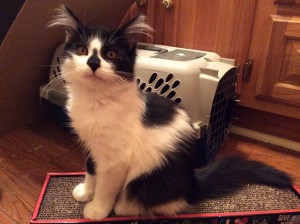 Well, some of you who aren’t friends with Robin on Facebook or with Meggy on Twitter don’t know about him. Robin saturated the Internet with pictures of the little black and white kitten that appeared on his own at our house, just like I did. Unlike me, however, the little guy was very sick from the get-go. He had a fever, and I’ll leave the rest to your imagination. Suffice to say, he generated a lot of garbage for about a week.

His little face caught the eye of one of Robin’s former students on Facebook. She came over to meet Our Foster Kitten, we named him Pepper, after he’d been here about a week. They hit it off, and she’s been waiting for him to be healthy enough to go home with her ever since. 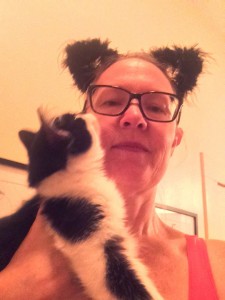 Robin says Pepper is the happiest cat she’s ever met — we aren’t offended at all — and we wish him all the best in his new family. He’s going to have a new name, too. Pepper’s new family is going to call him Malbec, after the wine. Robin says Malbecs are very dark red and can taste peppery, so that’s cool.

Robin and U.H. worked hard to make sure Pepper/Malbec got a good start in his new life, They are glad Pepper came here and trusted them to help him through a difficult time.

They had a lot of fun with him and wish him well with his new family!

6 thoughts on “Our Foster Kitten Found a Forever Home”