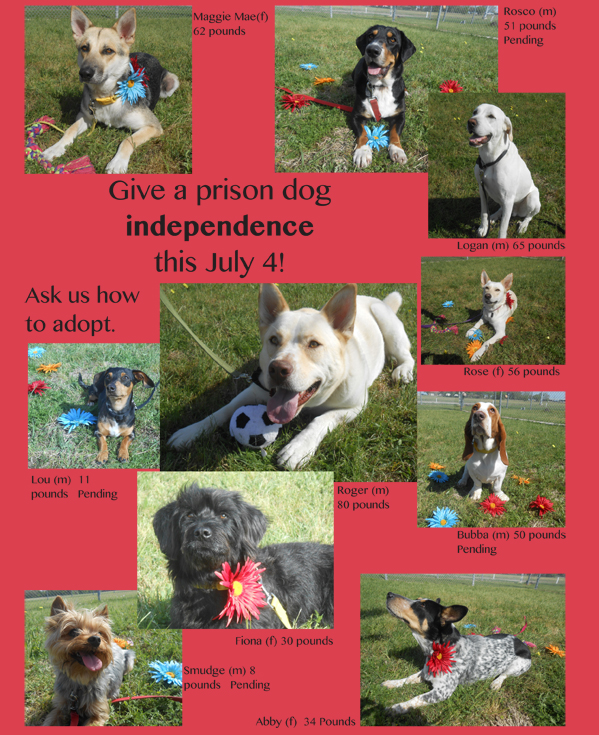 During our town’s big Independence Day parade on July 4, Robin will be representing her dog friends. She is part of Friends of Paws in Prison, a nonprofit corporation registered in Texas that has applied for tax exempt status, and will be hanging out at Thunderpaws Canine Solutions to talk to people about the opportunities to support the rescue and training of the dogs in Paws in Prison.

Humans are invited to come to the prison to meet the dogs and to ADOPT them. Several of the dogs on the flier have been adopted recently! Dogs will NOT be attending the parade, although Kramer, a graduate of Paws in Prison, will be riding on a float!

Anyway, if you’re in Seguin, Texas, for the 4th of July, go over to Thunderpaws and meet our Robin. She worked really hard to get some copies of this flier ready before the parade. It was not an easy task. *whispers* Take my advice and don’t ask her about it, but don’t tell her I told you that.

One thought on “Independence Day goes to the dogs.”