in the Anipal Interest section of The Anipal Times

Humans like to see animals show off their skills and cuteness, so sometimes we get to star in theater, movies and other performances. Acting can be fun and rewarding, but sometimes it’s dangerous and often leaves us wondering what will happen when we are done with our performing careers.

Five dogs at the beginning of their stage careers are still in the running for the role of Toto in Andrew Lloyd Webber’s stage version of “The Wizard of Oz,” Express reported. The winner will be announced on the UK TV show “Over the Rainbow” that also follows the search for the actress who will play Dorothy in the show. 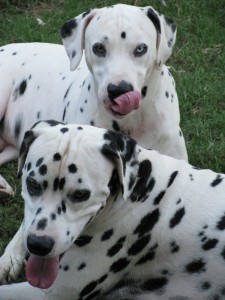 Rescued Dalmatians are the current stars of “101 Dalmatians” at Madison Square Garden in New York, the New York Daily News reported. At the beginning of the show’s tour, the producers announced that the stars were up for adoption. A few will continue to tour, but all of the dogs have forever homes waiting for them when the show closes.

Performing animals, particularly circus performers, aren’t always so lucky. Recently, the Associated Press reported that Bolivia banned performances of animals in circuses because of documented instances of abuse. Now, the animals are in danger of abandonment.

My South Central Texas has been the focus of some controversy about retired performing elephants. Lucky, the elephant who lives at the San Antonio Zoo, has been alone since her longtime companion died in 2007. In spite of controversy, the San Antonio Express News reported, the USDA will allow Queenie, who was privately owned by a man who lives near Houston (the other two elephants he owned were sent to the San Diego Zoo), to move to San Antonio to share the enclosure with Lucky. In Defense of Animals, a California group, would prefer to see both Queenie and Lucky moved to a sanctuary for elephants.