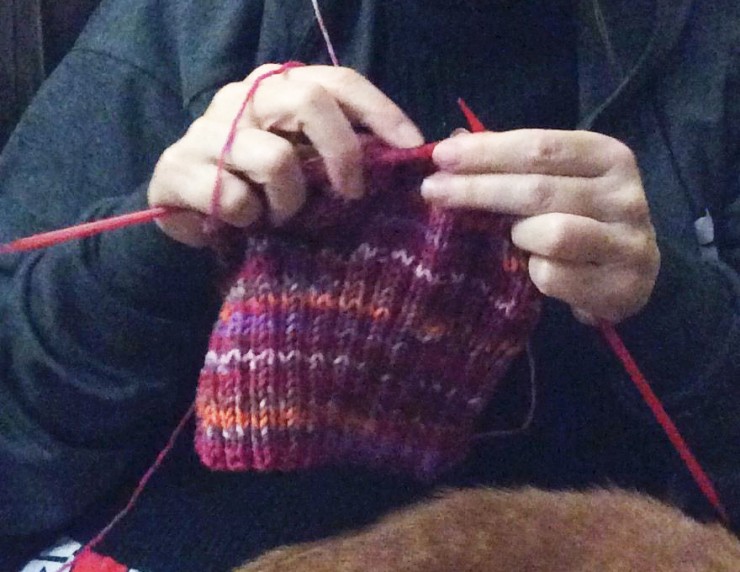 Women around the United States are marching on January 21 (which happens to be my birthday). Some of them will be wearing pink hats with pointy ears. Those of you who were paying attention to political news during the fall presidential campaign will understand why.

Cats don’t often find their way into the circus that is U.S. electoral politics, but they are there for the moment because of careless words, carelessly uttered. But some clever women decided to use the opportunity to design a hat.

I got the pattern to knit this hat from a website organizing hand knitting of thousands of hats for women to wear during the marches in Washington, D.C. and other big U.S. cities, like Austin, Texas. I thought about marching in Austin, then I was accepted into training to be a docent at the San Antonio Zoo. I’ll be learning about butterfly conservation today, and honoring my long-term commitment to animals and conservation instead. I hope all the marches are safe and peaceful. 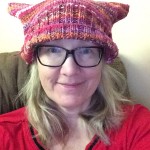 The  Pussy Hat Project has patterns to knit flat, in the round, and on a loom. I used the medium/large pattern, but there is also a small version. I think mine is a bit too big. It works better when I roll up some of the ribbing.  It’s a great hat if you want to make a political statement or if you just want a Pussy Cat hat.

The pattern is easy to make: it’s a rectangle that you fold and sew up the sides. I managed to leave my tails for sewing on the same side and had to cut one off and weave the yarn in on the other side, so pay attention! If you don’t like politics (or pink), try another color. I’m going to make a leopard pattern next. And I think I’ll knit a scarf and handbag, too, because I found  a cool knitting pattern on Ravelry for a  scarf and handbag in leopard pattern that includes a chart to make the leopard spots (really, they are rosettes!).

And make sure to cuddle your cat while you knit. Or your dog. Or your bunny…

(I also made the pajama pants from a See & Sew pattern. I love the dog faces in the flannel.) 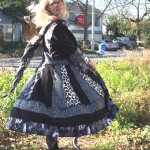 Next month’s arts project will feature my panda coat. I’m currently working on a dog-inspired version to donate to a benefit. After I finish the dog coat, I have fabric for a yellow, gray, and white coat that I’ll sell to raise money to support our it-takes-a-village foster kitty, Tess.