Robin is on her way home from the international conference today, and we will begin to share much of what she learned about how scholars and practitioners understand human-animal interactions. Today, just a little tidbit because Robin is going on a plane and has to pack all of her things and get to O’Hare airport, where she is going to look at their garden. (It’s cool that the airport has a garden, and art.) 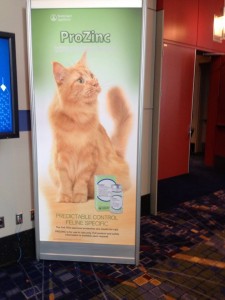 One interesting study looked at the moral views on animals of Muslim children in Seattle. Brinda Jegatheesan, of the University of Washington, spent a lot of time observing in a classroom and discussing behavior toward animals with young pupils. She wanted to know how children form their moral judgements about behavior toward animals, particularly if the content of the moral tales featuring animals that societies use to teach children how to be good children figure in the children’s thoughts on how humans should treat animals.

A few weeks after the children studied the moral tales, Dr. Jegatheesan returned to their classroom and told them her own “little stories.” These were stories of intentional or unintentional mistreatment of animals. She found that elements of the original stories do appear in the children’s responses to the little stories.

She also learned that the children believe animals have emotions, that they need to love and be loved, they need to be cuddled, to have food and a “mommy” to care for them.

The children roundly condemned “bad” behavior from leaving a cat out in the rain to not feeding a rabbit. An interesting finding is that the children wanted to protect all of the animals, even some that we often think Muslims would not like, such as dogs and pigs.

Dr. Jegatheesan has published some of her research on human-animal interactions, and we hope she will publish more.

2 thoughts on “Children’s Judgments of Behavior Toward Animals”